The Nasello was a steamship equipped for fishing. It was built in 1924 in a German shipyard in Hamburg. The Italian Navy used the Nasello on June 6, 1942 as a reserve boat from the state, but ran it under a different name. On April 3, 1943, it was scheduled from Olbia to Cagliari at 13:15 right in front of Cala Luna. The British submarine Safari attacked and it sunk.

The wreck lies on its port side at 34m. The center is completely destroyed. The bow and stern are largely in order. If you dive from the stern side, you see the rudder and propeller sticking out of the sand, but with only one blade. If you dive over the stern on the right you reach two cabins, where the walls are missing, and only the skeleton is present.

Entry into the bow and the tail section is possible, but pay attention to loose cables, fishing nets and rusty metal!

From the Logbook of the ``Safari“

The report by Captain Bryant on the demise of the Nasello was described in great detail. This description of a war bombing makes it possible to realize how cold-blooded war can be.

04:00 – We drive north of the Golfo di Orosei – coming from a heading of E.N.E. No boat is in sight, sometimes a plane flies over us.

11:37 – We see coming from the north near the shore, a small gray steamboat, which is traveling directly south. We move closer to attack it.

12:15 – The steamboat is very difficult to identify. It is expected to be a converted fishing boat for clearing mines, of about 350 tons, armed with two machine guns on the bow and more on the deck. It is not absolutely necessary to bombard the boat as it is about 9 knots on the way and looks like a fishing boat.

12:29 – We open fire with the cannon. The boat tries to get to the coast. Distance of the boat to the coast is about 1 mile. The first shot goes over the boat, the second shot destroys the chimney, the third shot does not fire. After some time, we get the cannon to work. We hit the hull on waterline. While the crew of the Nasello leaves the ship with the dinghies, the sea is restless and we have difficulty holding the target. We want to make sure to sink the Nasselo and make 54 shots. The attack takes place around lunchtime, we do not see any reaction from Cala Gonone. 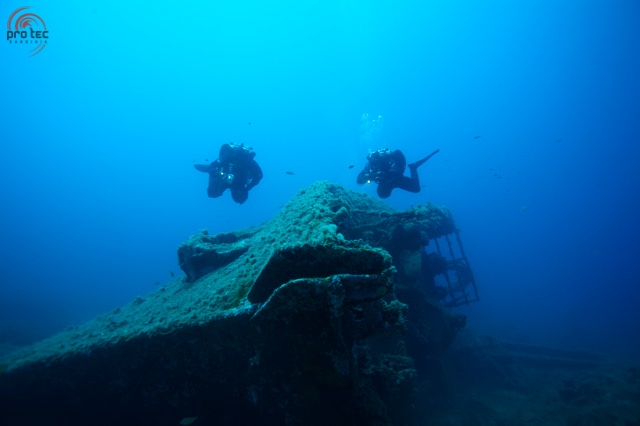