Anchor the boat at a point where the cliffs tower 400m over the sea. Follow a rocky, triangular shaft down to 28 meters. The entrance of this giant cave system looks like “the gate to the center of the earth.” Huge halls open up and the path leads parallel to the cliffs until finally the cave leads inland. The glow of the lamps is barely enough to illuminate the sidewalls. This system is not suitable for everyone and should only be visited by experienced cave divers. The dive should be done with mixed gases as air quickly reaches its limits and long decompressions are required.

A rebreather is ideal for this cave. Backmount and sidemount are acceptable, but you’ll want a couple of stages to really see the belly of the beast.

Toddy has been researching “Utopia” Since 2005 and has since found several tunnels, chambers, and new passages. The cave was discovered by the HFGOK in the late 90s and systematically explored up to 4.2 km. The current size of the cave is over 7km. Line has been placed and extended by the likes of Rick Stanton and Markus Schaffhäutle, but the cave continues into uncharted territory. Toddy, with help from Oliver Steinle, created a personalized habitat for increased comfort on decompression stops exceeding 10 hours, to push deeper into the system. 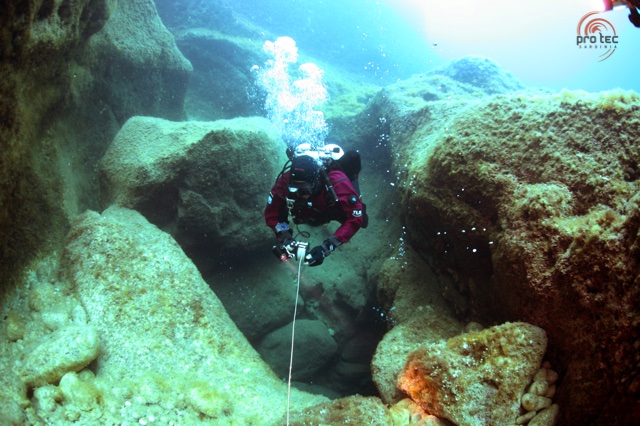 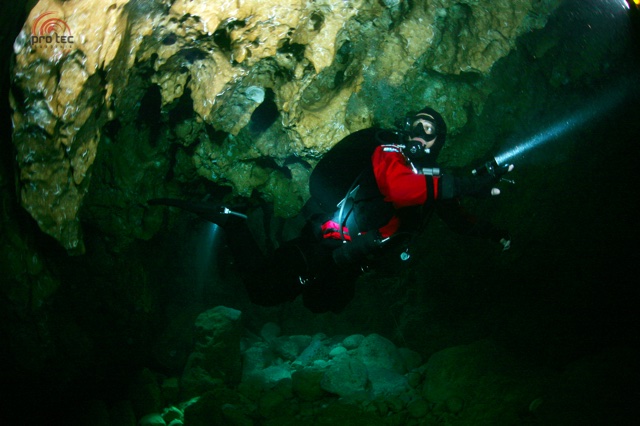 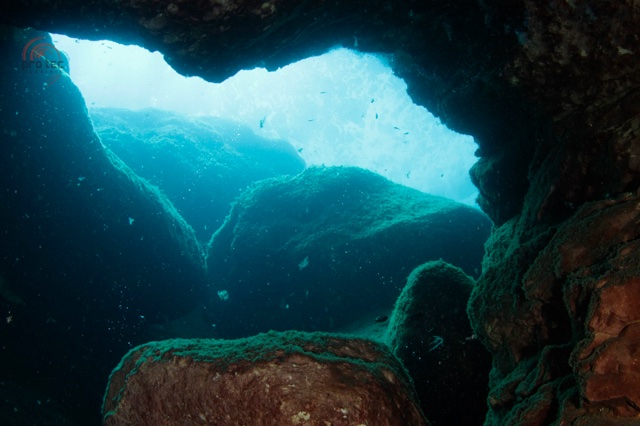 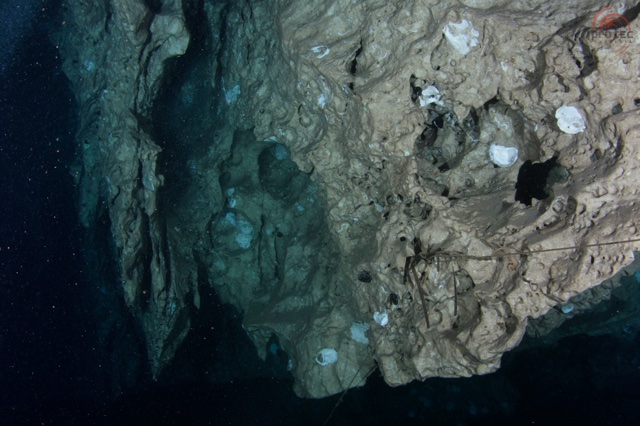